The Trump administration may seek to undo the “backup camera law” that requires all new cars include a rear view camera by 2018.

But NHTSA did not reveal whether it will repeal the regulations or just alter them.

Janette Fennell of kidsandcars.org, which heavily advocated for the backup camera law, said, “We’re hopeful there’s no change…I have to believe that the rule of law will prevail.”

The backup camera law, called the Cameron Gulbransen Kids Transportation Safety Act, was passed by Congress in 2008 requiring NHTSA to mandate that all new cars include backup cameras.  NHTSA finally issued a final ruling in 2014, stating all cars sold in the US must include a backup camera by May 2018.

Currently 75 percent of car models include backup cameras as standard equipment or an option. 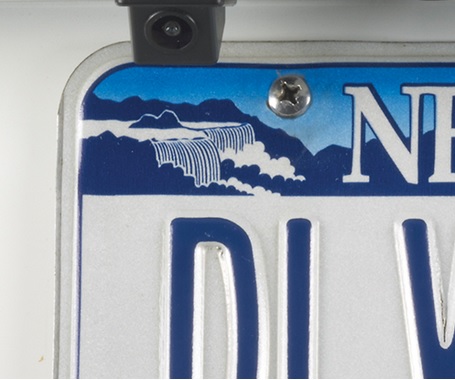 But as many consumers don’t actually purchase the camera option, the true percentage of vehicles sold with cameras presently is closer to 50 percent, said Steve Witt, head of American Road Products, which makes backup sensors and cameras.

Regardless of NHTSA’s actions, the backup camera law has already raised consumer awareness about rear view cameras and so will continue to benefit the aftermarket, said suppliers.

Prior to the law, consumers viewed a backup camera as a luxury item, while today they see it as a necessary safety tool, Witt said.

There are about 250 deaths a year from back over incidents, said Fennell.  The deaths are particularly tragic as they often involve a family member who backs over a child.

Jeff Varick of camera supplier Brandmotion, said,  if anything, the aftermarket would be positively affected by a rollback of the law,”The consumer now expects a car to have a backup camera,” he said.

But he notes that cars are designed 4 years in advance and so car companies have already designed in backup cameras in anticipation of the law taking full effect a year from now.

NHTSA is also looking into rolling back regulations on car mirrors, noise requirements in hybrid and electric vehicles, electronic stability controls for heavy trucks and a rule allowing car dealers to install switches to deactivate airbags in cars.

In a great blog on the subject, Roger Lanctot of Strategy Analytics said while the roll back of rules on cameras would detract from safety, the rollback of rules on mirrors makes sense. Today we can employ side cameras instead of side mirrors and these camera can send an image to a monitor within view of the driver to eliminate blind spots.  But arcane regulations on car mirrors is preventing this technological step forward.