BOSS Gets CarPlay Approval for $349 Deck 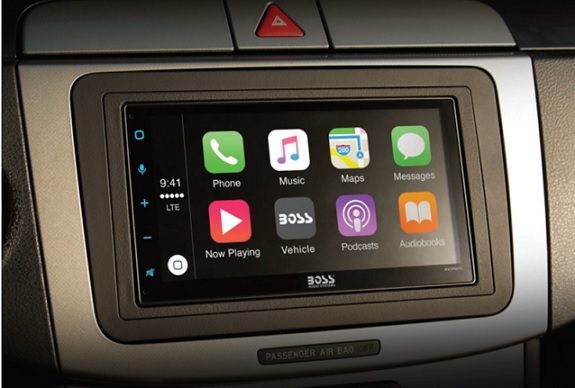 The double DIN mechless (CD-less) receivers will include a Boss Audio and a Planet Audio version. They each have a 6.75 inch capacitive touch screen, Bluetooth audio streaming and calling, USB charging and rear camera inputs.  The cosmetics differ on the two brands.

The touchscreens on the BOSS Audio BVCP9675 and Planet AudioPCP9800 provide tactile feedback that mirrors the iPhone experience.

It’s clear that the price of CarPlay, once at $600 and above, is now dropping.  Pioneer recently announced two $400 CarPlay radios for July and Power Acoustik expects to ship a $400 unit this fall.