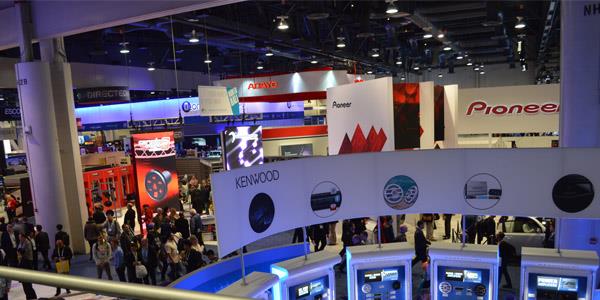 Some car audio leaders of the Consumer Electronics Association (CEA) would like to return many car audio exhibitors to the CES show floor.

After the recession, many car audio companies retreated to off-site hotels during CES. When the recession ended, some wished to resume their show floor exhibits, but by then a large part of the car audio area had been transformed into a sea of smartphone accessory exhibits and towering booths for the car companies. A smaller car audio display might get lost in the shuffle.

So the Automotive Electronics Division board of the CEA, after meeting on Tuesday, discussed forming a working group that will determine a way to encourage 12 volt booths back to CES.

Some CEA members expressed hope that a special area for car audio might be re-created.

One industry member said there is a lot of enthusiasm for the new program and the CEA is actively interested in it.   All want to make it easier for retailers who invest in attending the show to see all their suppliers.

Of course, many car audio companies have remained exhibitors at CES, but a sizable number have defected.

One active CEA contributor suggested, “Let’s put a tent out there. Put cars in there and we can walk around the different booths and listen to cars, just like at the Venetian for home audio,” referring to the home audio exhibits which are centered in one hotel with suite rooms close together so it’s easy to go from one to the next.

A spokesman for the CEA said its too early to determine a specific plan or when it might take place. But the CEA is now actively talking to car audio members about changes they would like to see at CES.

“We want to make sure all our exhibitors in every market have a quality experience at CES. We recognize that it’s good to go out and talk to our customers. We’ve agreed to talk to exhibitors in the mobile space and those we call outboarders [that exhibit off site]. We want to hear from them and how we can better improve their experience,” said CEA spokesman Jeff Joseph. He said CEA staff will be calling on car audio suppliers.

After the CEA receives feedback it will then discuss how to address the issues.