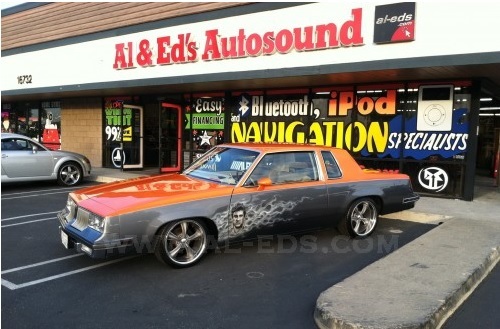 One of the largest car audio specialty chains, Al & Ed’s Autosound, Van Nuys, CA said it plans to expand from its current 14 franchise locations to 50 over the next five years.

The chain said it has retained nearly all of its current vendors and has added new vendors including Sony and JVC Mobile (Arsenal brand) as well as Cerwin-Vega and Diamond Audio which are brands related to the new ownership.

Additionally, the company said it has received over a dozen inquiries by dealers who would like to become Al & Ed’s franchisees, according to Adam Razipour of HRAP.

The company has rewritten its franchise agreements and is in the process of receiving approval on the new contracts by the state of California.   The company is also implementing new programs to assist the stores and to bring in customer traffic, said Product Manager John Haynes.

As a franchisee, dealers receive access to brands, ease of ordering and handling returns, a point of sale system with SKU management, and marketing.  The company has a weekly email blast to 42,000 subscribers and advertises in social media.   It also plans to “go back to print” in fliers or town newspapers, said Haynes.