Why Remote Start From Watches May Catch On 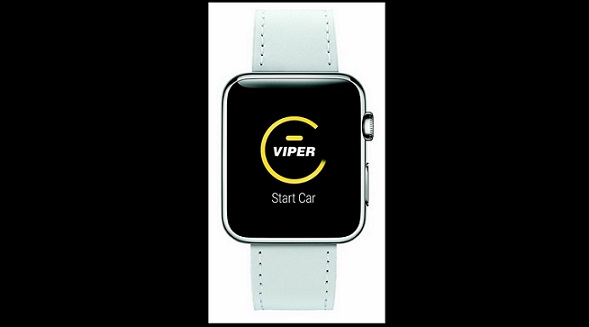 Remote start from a smartwatch may be a great gimmick for auto shows or it may be the start of the new way we interact with our vehicles.

Eight car makers have shown watch control features for a car and two have announced production. In the aftermarket, Directed announced plans to offer a Viper remote start SmartStart to work with the Apple Watch and Android Wear devices by the end of March.

Automotive uses for a smartwatch also include remote door lock/unlock and “find my car” for crowded parking lots, in addition to remote start.  BMW even showed remote parking from a watch at CES 2015.

But will people actually use smartwatches as car controllers? And will smartwatches themselves gain mass appeal?

IHS research estimates smartwatches alone (not counting fitness bands) will jump from shipments of 5 million units in 2014 to 25 million this year (worldwide) largely due to the release of the Apple Watch this spring. It bases its numbers on the scale of past Apple launches and sees Apple Pay as a solid feature to help drive consumer interest. It predicts total smartwatch global sales of over 50 million by 2019.

Directed’s view of the category is that if it catches on then, “We want to be where the consumers are,” in the words of VP Marketing Jim Jardin.

VOXX is a little more cautious and so is Compustar, but both are actively investigating remote start smartwatch capability.

For those suppliers who already offer remote start from a smartphone, the upgrade to watch-control requires an update to the smartphone app, with new graphics that will accommodate the watch. But no new hardware is necessary.

From your watch, you might even check to see if your teen’s car is at school as it should be, or if its parked somewhere else.

“That’s what the smartwatch is designed to do—whether it has an embedded modem or not—it’s designed to be an extension of a smartphone,” said IHS Senior Analyst and Manager of Infotainment Mark Boyadjis.  “There could be an opportunity for a combination of NFC and Bluetooth Low Energy and your watch could become your key fob, actually replacing the key fob you get at the dealer….you’ll need to have some secure apps and some other protocols, but that would be a quick, easy form factor,” he added.

According to Boyadjis, Audi, GM’s OnStar, Mercedes and VW have shown concept smartwatch systems for vehicles with features such as remote start, lock/unlock and sometimes “find my car.” Also Kia offers it in Korea with a dedicated smartwatch. Nissan showed a concept watch with sensors that can gauge your mood and then set the transmission and drive train to sport or luxury to suit your mood.

BMW’s system is heading for production, says Boyadjis. It uses a smartwatch plus gesture control to unlock and lock doors and other features. And for the future, BMW demonstrated remote car parking.

Hyundai set a release goal of early 2015 for smartwatch compatibility for its vehicles with Samsung, Motorola, Sony and LG watches. Users will be able to download a free BlueLink app from Google Play that will allow remote start from a Hyundai as well as door lock/unlock and “find my car.”

The company said it plans to offer compatibility with the Apple Watch in the future.