For the specialist, and for any brick and mortar store, a concern is that consumers are using your shop as a showroom, only to leave empty-handed and price shop online.

Target is doing something about it.  According to the AP and other reports,  Target sent a letter to its suppliers, asking them to help stop “showrooming.”  The chain wants suppliers to create special versions of products for the retailer that can not be found online.   It may also launch a subscription plan, so if a person regularly shops for certain merchandise (such as diapers or coffee), he gets a discount.

Vendors are expected to comply with Target’s requests because of the 1,800-store chain’s massive purchasing power. And other retailers including Best Buy may follow suit, analysts told The Wall Street Journal.

Estimates place online sales at Walmart and Target at only 1-2 percent of sales.

Also, last week Target announced that it is collaborating with a small number of boutique shops that will offer merchandise in its stores on a rotating basis, to create a constantly changing shopping experience at its stores.   All Target locations will carry the merchandise as well as Target online.  Target is also expanding Apple displays at its stores. 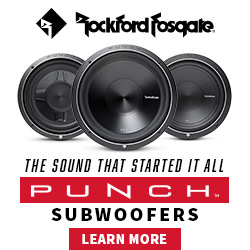