When Will Shortages End?

As car audio sales continue their surge, shortages are mounting to the point of concern by some retailers.

Shipments of car audio products across the board, from many vendors, are running up to a month or more late.

Some brands are expecting more inventory in August, while other vendors are expected to run out of product in July or August, said their dealers.

Even Crutchfield is caught short.  Senior Director Mobile Merchandising Carl Mathews said, “Yes, we are seeing shortages in many categories.  It’s been a problem for a couple of months and we expect it to continue this way through the summer.”

Freeman’s Car Stereo CEO Dave Wall said, “Most vendors we are dealing with are saying it will clear in July.  But it’s somewhat difficult to get accurate information right now.”  The chain is seeing four week back orders from some vendors. In the meantime, business is strong.  “Our marine business is insane. Everything is hot right now, but the marine business is backed up.” The chain is up by “well into the double digits.”

Manufacturer’s rep Mark Cordoza of Cordoza & Co. near San Francisco, CA, expects shortages through the year.  “I’m telling everyone now, don’t even call me about back orders if it hasn’t been two weeks; it’s probably on its way…Manufacturer orders are two weeks to a month [behind],” he said, adding, “Business is insane. We’re off the hook busy.” Speaking of a retail account, he noted, “A guy gave me a $2,500 order yesterday, and $4,000 just before that and he just texted a $9,500 order.  Nobody does that in 12 volt. This is all in 3 days.”

“I believe this is new business because consumers are not going to dinner, they are not going to the movies, or on that summer vacation,” Cordoza said, adding, “But I don’t think the factories believe that.  They are still being cautious, not just turning on the faucet….so I’m anticipating back order through the rest of the year.”

Jodi O’Connor, General Manager of Jo-Di’s Sound Centers, West Hartford, CT, said, “Business has been wonderful…but with an end in sight of product, I don’t know where we’ll be in July.” 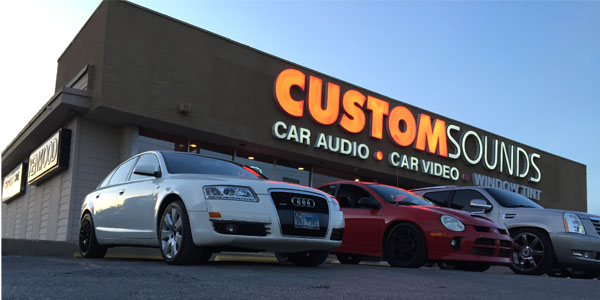 CEO of 20-store Custom Sounds, TX, Mike Cofield who is also President of the Mobile Electronics Specialists of America (MESA) buying group said the chain had a record month in May and is expecting another one this month.  When will the run on car audio products end?  He has “no idea.”  “We’re going to continue to make hay while the sun shines,” he said.

Suppliers such as Sony and Kenwood, didn’t respond to our questions on shortages.

Alpine USA Assistant VP Sales Mike Anderson said, “Alpine has experienced shortages due to a combination of factors, including parts shortages and higher than expected demand…The spike in demand due to stimulus money will probably normalize once stimulus money runs out and people return to work.”

Pioneer said, “Pioneer is confident in its forecast and its supply chain.”

Some retailers expressed concern that if car audio product runs out this summer, will there be enough remote start inventory to carry them through, as remote start season generally starts in the fall?

Directed Senior VP and General Manager, Remote Start & Security, James Turner said, “We have had a couple of key models run into back order recently, but only for a couple of weeks. This was only because the business came back from COVID faster than we estimated it would… We have subsequently changed our forecasts and increased our inventory plan appropriately for the remote start season, so I believe we will have adequate inventory for the remote start season.”

Compustar said it is not anticipating any inventory shortages at this time, and the market demand will depend heavily on the weather, as usual, as well as the COVID-19 epidemic.

VOXX purchased all its product for the season already and brought in more inventory than last year.  If there’s a run on product, it can order more early in the season for later in the season, said Senior VP:Automotive Aftermarket Sales Aron Demers.