Alpine Has a New App 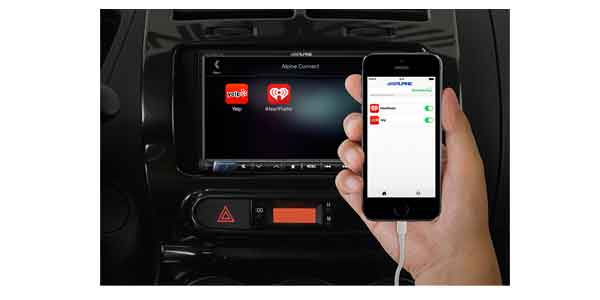 Alpine Electronics released an app that allows Yelp and iHeartRadio and in the future, Spotify and Glympse to be controlled by many of its radios.

More apps will be added to Alpine Connect, possibly this year.

The new “Alpine Connect” app is free for both iPhones and Android phones and it works with several Alpine Restyle head units.

Users connect their phone running the app (from the Apple App or Google Play stores) and icons for the new apps will appear on the radio’s touch screen.  New apps will be added automatically as they become available.

Current owners of the X110-SLV, X110-SRA, X108U and INE-W967HD Restyle Dash Systems need to apply a software update so their system is compatible with the Alpine Connect app.  The free software update is available for download from Alpine’s U.S. website, www.alpine-usa.com.  The new X109-WRA and future shipments of the radios noted will ship pre-loaded with the update.