No Need For Amplifier in Clarion First-of-Kind System 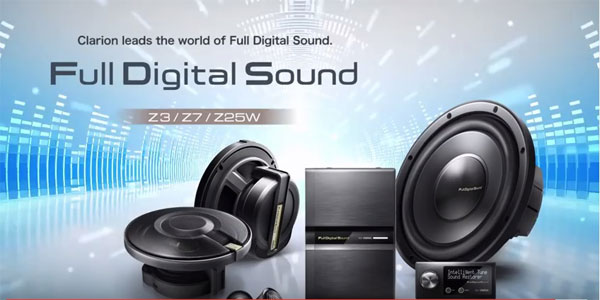 Clarion Corporation announced what it calls the first all-digital car audio system, which will be unveiled at CES next month, including special digital speakers.

The system functions entirely on a digital audio signal that is transferred to a multi-layer voice coil that directly drivers the speakers.

Called Full Digital Sound (FDS), it works like this: the digital signal coming in from a hi-resolution source that can include a smartphone or tablet, is divided into 6 digital signals that are transferred to a 6 layer voice coil that directly drives the speakers. It incorporates the drive circuit into the speakers so there’s no need for an amplifier.

You can also tune the system from a tablet.

A new source unit, model NX706, will be part of the FDS system.

Here is a video explaining the technology https://www.youtube.com/watch?v=HyhubYtrQzA.

It will be on display at the Westgate Lobby adjacent to the Las Vegas Convention Center at CES January 6-9.