GM is Testing Remote Start From a Watch 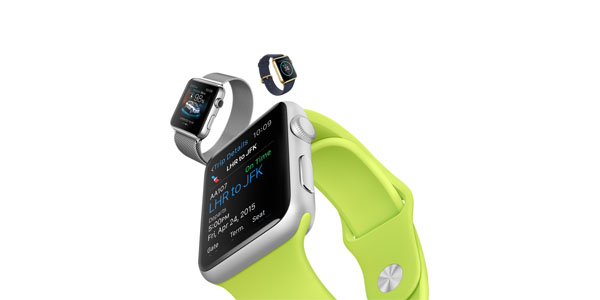 General Motors is testing remote start from an Apple Watch, as well as remote door lock/unlock from a watch, it said on Friday.

The automaker already offers an app for the Apple Watch in China and has announced a watch app for Europe due in early 2016. But no delivery terms have been set for a US debut of a smartwatch app.

GM has been aggressive in remote start technology as it already allows the feature from a smartphone in the US, and claims 1.6 million active users of the service, which is free for the first 5 years of use.

Hyundai has been a pioneer in offering remote start from a watch in the US, launching an app for Android Wear devices in March, and for the Apple Watch in late June.

Its Blue Link app provides remote start and door lock/unlock from the watch plus “find my car” in a parking lot.

BMW offers smart watch control specifically for its i3 and 18 electric vehicles, although it doesn’t offer remote start.  (It does adjust cabin heating and cooling while the vehicle is charging, however).

A BMW spokesman said, “As to a Watch version of our non-EV BMW Remote app, that is a definite possibility but we have no confirmed plans at the moment.”

Directed is the first company to offer aftermarket watch control over any car with its Viper SmartStart 4.0 app, released last month.