The Truth About Car DSP: Editorial 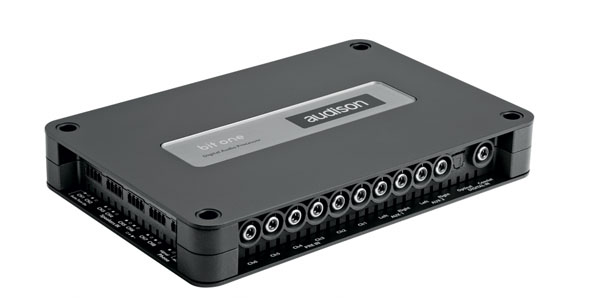 Seems there’s lots of confusion and plenty of hoopla surrounding digital signal processing (DSP) in cars these days and lots of amplifier manufacturers are jumping on the bandwagon—as was reported here in CEoutlook this month.

Some dealers don’t like DSP or they think they don’t need it.  Some are confused by it. I would like to clear up some of that confusion.

I’ve been in the industry in various capacities for just over 30 years and I can say for certain that DSP isn’t new, but the coming proliferation of what was once a rare piece of equipment is both an opportunity and a potential industry stumbling block.

Some say “Digital sounds harsh,” “digital lacks the warmth of analog,” “something gets lost in the conversion”—all of these are the battle cries of audio fundamentalists clinging to the old idea that any manipulation of the audio signal is degradation of the signal.

The same thing happened during the transition of photography from film to pixels, but the argument in photography was more legitimate. Simply put, our eyesight is more acute than our hearing and far more data is required to provide suitable resolution in digital images than in audio.  The higher resolution argument in audio is a myth. Jitter, artifacts and noise once plagued the conversion from analog to digital and back. Those days are long gone and even today’s cheapest convertors are able to do their jobs perfectly for signals within the range of what we can hear.

Like it or not, music is numbers and it always has been. If that’s a bitter pill, check this out:  http://ed.ted.com/lessons/music-and-math-the-genius-of-beethoven-natalya-st-clair.

We can now perfectly capture the sound of a drum, a saxophone or the human voice as numbers. DSPs manipulate numbers without noise and without degradation to make the listening experience more believable. This new simplicity is a big problem for an industry partially built on sketchy technical propositions and outlandish claims of superior performance through exotic materials and old-world processes rooted in the conflation of music creation and music reproduction. Music is both science and art but reproducing it is science.

Make no mistake, what comes out of your speakers and eventually reaches your ears, especially in a car, is not what’s on the disc. Acoustics is the study of what happens between the speaker and your ears and that study has made the tools available in nearly every DSP powerful and appropriate. Equalization, crossover and delay have been around for years. With DSP, they’re better, more accurate and cheap enough to be included in nearly every system.

A  DSP is just a collection of tools. Some DSPs are like  a 100-piece hobbyist set and some are like a 3000-piece mechanic’s set. Tools don’t fix stuff by themselves. They are only valuable in the hands of a skilled mechanic, carpenter or technician and therein lies your opportunity.

You gotta get the skills and there are resources available to help. Get the new MECP study guides. Read “Digital Audio” by Ken Pohlmann.  Ask the companies from whom you buy DSPs to teach you how to use them—and not just how to use the PC interface. Join MERA and come to Knowledgefest in August. Larry Frederick and I will be teaching three seminars to help you understand why DSPs are important, how to use them and how to make using them one of the keys to profitability in higher-end audio.

I hope to see you there.