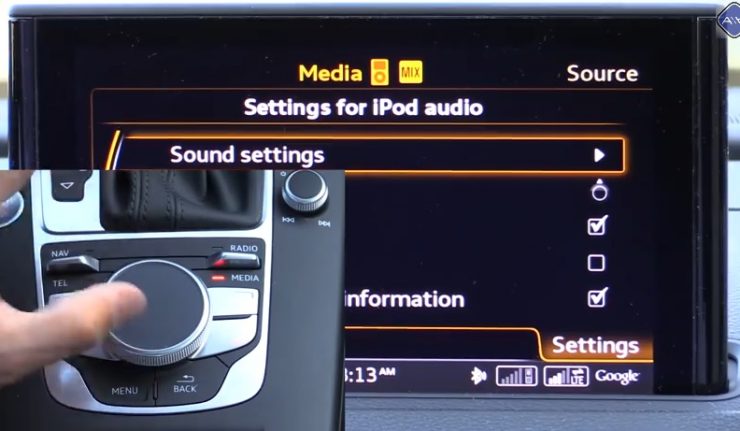 By one opinion, the 2015 Audi A3 has the worst infotainment system among new cars.

According to Quikdocs, while Audi’s audio system gives you three ways to change a radio station, they all are over-complicated.

You have to turn a central controller and then click on the station that shows up on the screen. Or you can use the steering wheel controls, if you are in radio mode; or you can program the star button on the right side of the steering wheel.

Quikdocs’ findings may not be scientific but they point to the continued failure of car makers–even luxury auto makers–to produce easy to use advanced audio systems.

The only intuitive OEM car audio system is from Tesla, says research firm Strategy Analytics.  It’s “the only system ever benchmarked in which every participant was able to complete every task without any assistance or major usability issues.”  It adds that even Tesla, however, has room for improvement.

Strategy Analytics says the lowest performing car audio system is Ford’s AppLink.    It claims the system needs a larger in-car display and that “discoverability and ease of use were extremely poor due to technical issues in communicating with different operating systems and different devices within operating systems.”

As for Audi’s audio system, Strategy Analytics gave it a grade of a “C.”

As we reported lasted month, Consumer Reports found that this year’s OEM audio systems are even worse than last year’s.

Photo of 2015 Audi A3 via Alex on Autos on YouTube