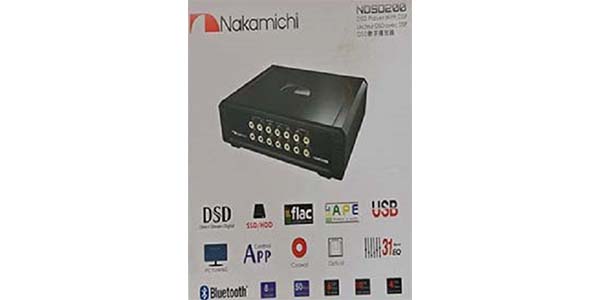 “Many audiophiles have DSD files but they don’t have a player for them [in the car], said Nakamichi Sales Director Sheamson Yeo. “So, it’s a niche market but we’re going after that niche,” he said.

Additionally, now that more electric vehicles are being sold, and because it is difficult to remove the radio in electric vehicles, products such as Digital Signal Processor (DSP)/amplifiers in general are going to gain share as an upgrade path for the aftermarket, Sheamson added.

The Nakamichi NDSD200 is a DSD player built into a DSP/amplifier with 8 high level outputs and 10 low level outputs .  It can handle DSD 256 files, one of the highest levels of DSD recording.

It delivers 8 by 25 watts RMS.  Users can input DSD files via a USB stick. Bluetooth streaming is an option but the audio resolution will be reduced.

The NDSD200 will be available in the second quarter 2023. US pricing has not yet been finalized but the unit sells for about $1,800 in Asia.

DSD is sometimes called the audiophile codec of choice. Sampling rates start at 2.8kHz and go up to 11.2MHz, which means that DSD files slice the audio wave 256 times faster than a standard CD. Instead of a bit rate say of 24 characters, DSD looks at just one bit or one character at a time. At the rate of 11.2 million times a second, it takes the bit info, either a one or zero, and splices it 11.2 million times and examines it. The drawback is the files are huge and take up a lot of room on a USB stick or hard drive.