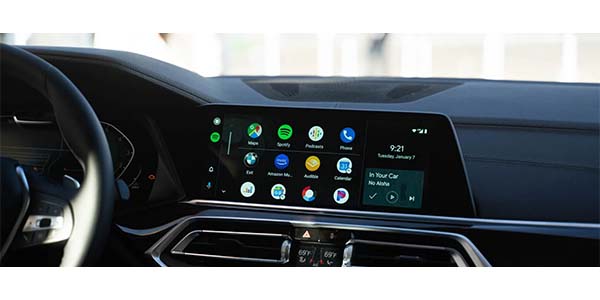 Some car companies are enduring a difficult month.

But due to chip shortages, BMW changed suppliers in hopes of speeding up car production.  And the new supplier does not yet include CarPlay/Android Auto software, reported 9to5Google and Automotive News Europe.

The BMW vehicles lacking the feature (in the US and other countries) are, however, expected to receive an over-the-air update by the end of June at the latest to add back the popular car features.

Next up is Tesla, which is recalling certain models because the infotainment system is overheating, said Reuters.

The CPU in those systems can overheat while the car is fast charging. The CPU then slows down or restarts causing a lag that can delay the rear camera image, gear selection, windshield visibility controls and warning lights, said NHTSA according to Engadget.

Recalls aside, there have been more than a half dozen incidences this year of car makers skimping on tech features, at least temporarily, due to chip shortages.

At one point, Nissan deleted navigation from thousands of vehicles and Ram quit offering its camera-based mirror as standard on it 1500 pickups

Ford  delayed shipping some F150 trucks and Edge SUVs as they waited for certain infotainment features due to shortages.

For a brief period, certain BMW vehicles shipped without SiriusXM or HD Radio.