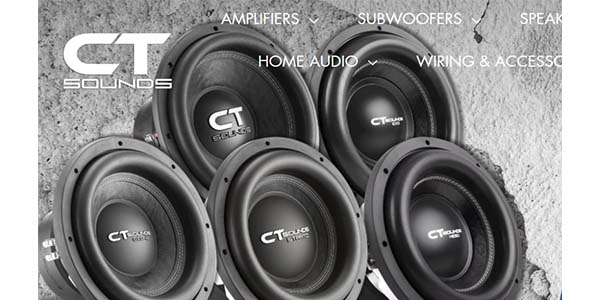 CT Sounds, a DIY and retail car audio brand, took a downward turn following the untimely death of its young founder Coleman Thedinger in 2019.   However, Coleman’s brother, has since revived the company and is making some changes in its retail strategy.

Calvin Thedinger, age 24,  became CT Sounds’ CEO about a year ago and said sales have grown 105 percent since.

“When I took over, we weren’t doing well, in my opinion. We had a lot of quality concerns, especially with our subwoofers. We built relationships with two new build houses in China and came out with 20 different [subwoofer] models,” he said.

The company, with 8 employees, began as a DIY brand and then branched into retailers. Calvin is in the process of reviving the retail segment, creating a catalog for retailers, and he added a distributor, Singh Electronics, in Canada.

The brand’s only US distributor is Moon Car Stereo of Houston. “In 2022, we want to hit hard in the retail space,” Calvin said.

At it height, CT Sounds had over 100 dealers.

CT Sounds doesn’t plan on employing manufacturer reps. It’s strategy is to operate as lean as possibly to keep prices down.

The brand will ship this month a new premium amplifier line and it also recently launched a new flagship CT series amplifier,  CT2000.1. It is a strappable 2K watt amplifier at 2 ohms at a competitive price of $239.99.

As an example of CT Sounds’ subwoofer improvements over the past year, a previous 8-inch subwoofer had a problem with its tinsel leads ripping away from the voice coil.  “We reduced the voice coil size from 2.5 to 2.4-inches to give us extra spider landing space and added a triple joint ring.  The subwoofer is now able to handle the increased excursion,” Calvin said.  Power handling is 60 watts at $189.99.

CT Sounds was founded with the aim of providing “high-quality car audio products at an affordable price while offering industry leading customer service,” said the company. Coleman’s father took over the business as a means of keeping a connection to his departed son. Then Calvin, who was working as a financial analyst (and who has an engineering degree), assumed the helm in November 2020.