In a contentious move, the Federal Communications Commission voted this week to take away more than half the spectrum it had allotted for Vehicle-to-Everything (V2X) communication. It also voted to upgrade V2X technology to the current 5G platform from the earlier WiFi platform.  The ruling is expected to delay the opportunity for the aftermarket to sell V2X products.

The FCC ruled that Cellular Vehicle-to-Everything (C-V2X) technology will replace the former WiFi-based DSRC, Dedicated Short Range Communications for V2X communication. A drawback to this is that C-V2X is not yet ready to deploy while Toyota had planned to deploy DSRC in much of its line this year. (The FCC told Toyota to stop DSRC deployment due to its upcoming ruling).

C-V2X technology is three or four years away from deployment, said Jeff Varick of Brandmotion, which has helped test V2X technology.  Taking an aggressive stance, Ford announced earlier this year it will equip all its cars with C-V2X starting in 2022.

V2X technology might be sold by aftermarket retailers as older cars would need to be retrofitted with the transceivers in order to get a critical mass of cars talking to each other and to road infrastructure such as traffic lights.  However, C-V2X can be retrofitted in vehicles that have an onboard 5G connection, limiting the total universe of cars available to the aftermarket.  Still, eventually, many older cars on the road will require an C-V2X transceiver, creating an aftermarket opportunity, though a diminished one, said Varick.

Note, C-V2X is not expected at this time to be included in users’ cellphones as a car antenna is required for accuracy.

The FCC said the public would be better served with more WiFi spectrum as demand for this technology surges. And it pointed out that the full 75MHz of spectrum originally allocated to vehicles has not been used after 21 years.

“Today, Wi-Fi carries more than half of the Internet’s traffic.  And during the COVID-19 pandemic Wi-Fi connectivity has grown in importance as Americans use it for connecting to videoconferencing, telehealth, and other critical applications and services,” the FCC said in a press release.

But, the Dept. of Transportation said reducing the amount of spectrum for V2X to only 30MHz is “unworkable” and “undermines innovation in transportation safety,” as reported by Consumer Reports.

Consumer Reports itself says that the FCC has failed to show how the new plan will permit V2X to be used safely in this smaller amount of spectrum.

As for V2X, whether C-V2X or DSRC, experts say it will save thousands of lives each year.  It allows traffic lights to reset to match traffic flow in real time. Traffic lights can reset to help an ambulance travel faster or a public bus stay on schedule. With V2X, a car that’s hard braking and hidden around a curve can warn the cars behind it.

5G is about 10 times faster than current DSRC and can permit more immediate and robust communication.

See more on the ruling via the FCC, Consumer Reports and Fierce Wireless. 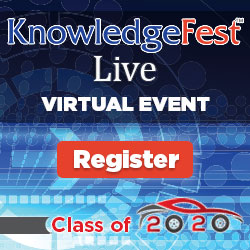