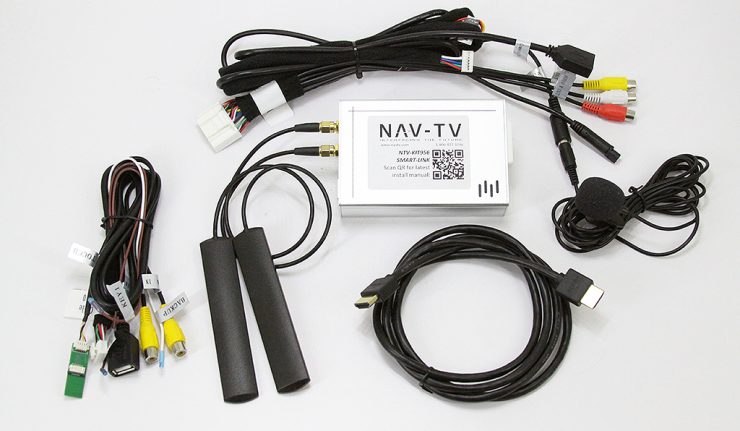 NAV-TV is shipping a smartphone interface that is similar to the wireless version of one of the most popular car radio features.

Although, unable to mention this feature by name, NAV-TV demonstrates it in a video here.

In its new Smart-Link Smartphone Interface, NAV-TV allows users to wirelessly display and control their smartphone functions on their factory radio touch screen, using the factory controls.   Users see a familiar interface for PHONE, MAPS, TEXTS and MUSIC, and get direct access to certain apps such as Waze and Spotify.

The Smart-Link may also be set to a wired interface with a phone to allow phone charging.

It works with other interfaces from NAV-TV to connect to most factory radios.  A chart listing some of these interfaces is below.

“Rather than re-engineering vehicle-specific smartphone integration offerings, we decided to take a modular approach that allows the addition of smartphone integration to current NAV-TV products. This approach allows our dealers to stock less inventory while having the ability to support a broad range of vehicle applications,” said NAV-TV Vice President, Derek Schmiedl.

Or, the interface can be used as a standalone unit. It can then be controlled through an optional Smart-Link Controller or, for use in custom applications, through a 4-wire resistive touch-screen overlay. The device works with aftermarket radios when used with the optional controller.

Smart-Link has a retail price of $399 and the optional controller  is available at $40.