Finally, The First Aftermarket Company to Work With Alexa! 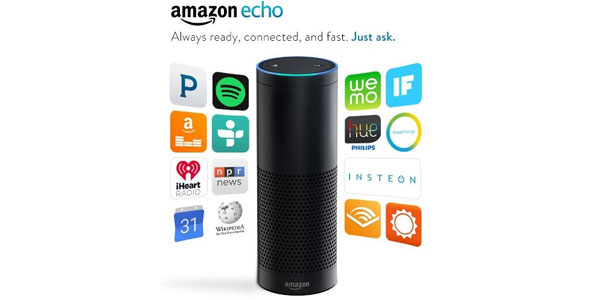 Until now the aftermarket has stood on the sidelines as Alexa became one of the hottest consumer electronics developments.   Companies from SiriusXM to Ford are making their products compatible with the Alexa voice assistant and now DroneMobile becomes the first aftermarket product to also work with Alexa.

The Alexa voice assistant is found in Amazon’s WiFi speakers, the Echo and Dot.  Thhrough your voice commands, they allow you to play music, make to do lists, set alarms, stream podcasts, get news and traffic and more. Some smartphones and even some infotainment systems now also work with Alexa.   Google, Apple, Sony and others are offering or about to release similar voice assisted speakers.

Starting now, users of DroneMobile, the remote start-from-a-smartphone device, can ask Alexa  to lock or unlock your car doors, unlock the trunk, check the status of the vehicle battery voltage and see the location of the car.

DroneMobile parent Firstech  said it already has the ability to allow you to ask Alexa to remote start the car by voice, but the company is waiting to unlock that feature due to security concerns.

There is always the caution with remote start, even from a keyfob, that a child could use it.  To help prevent that, after a user asks Alexa to lock or unlock the car doors, Alexa will ask for a pin number, under DroneMobile’s system.

“We held off to get comfortable with the security aspect,” said Firstech’s Justin Lee.  “It’s totally a safety precaution at this point. We can add remote start in an app upgrade.”  The idea is to take the summer to deploy the product and view results and then revisit unlocking remote start before the fall, when remote start season begins.

DroneMobile noted that as of January of this year, Amazon had sold over 10 million units of Alexa.  “We feel there’s an overlap of early adopters of Alexa and people who add DroneMobile to the vehicle.”

Firstech is offering a free Amazon Dot to the first 100 dealers that order a certain quantity of DR-3400 or RSD-3400 DroneMobile kits.

The DroneMobile Skill for Alexa is available for download in the Alexa app and on Amazon.com. DroneMobile systems are sold and professionally installed at over 2,000 authorized retailers across North America. Those who are interested in learning more about DroneMobile can visit www.dronemobile.com.