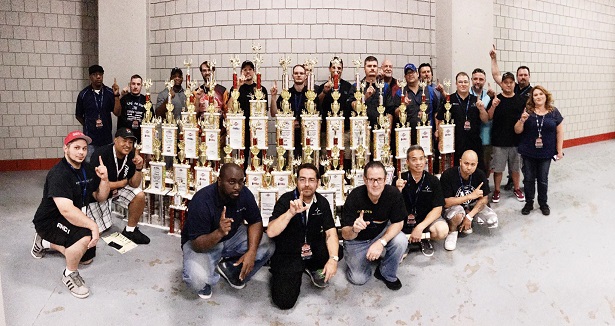 The IASCA North American Championships, known as INAC, held at the Kentucky Expo Center in Louisville,  brought in close to 70 SQ competitors and more than 100 IASCA SPL competitors from across the continent.

In all, the event drew close to 300 registrations in IASCA Sound Quality, Installation Quality, IdBL and the Bass Boxing competition, said IASCA.

“This was our fifth year being part of the Unified Finals Championship,” said IASCA’s Moe Sabourin.  “Working with great people like Wayne and Celise Harris from dB Drag Racing and Steve Stern from MECA, along with their judging teams, has proven to the industry that our collective goal is the betterment of our industry; we’re proud to be part of the event…”

For more information about IASCA, the Unified Finals Championship and event results, visit our website at www.iasca.com

DD Audio said its products were used by almost half of all the first place SPL winners at the event.