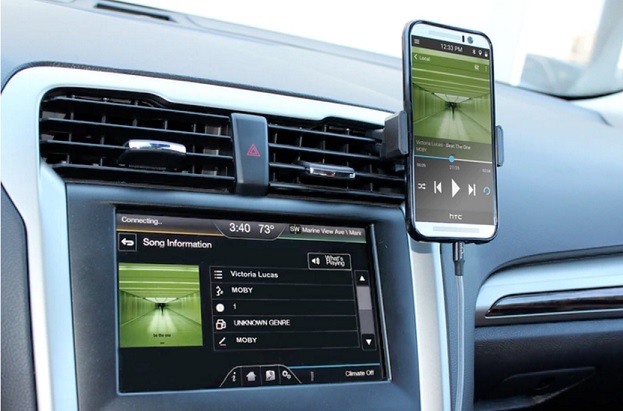 Grom Audio, which sells its OEM interface products mainly through car audio retailers, has turned to Kickstarter to help fund development of an Android smart cable and to gauge interest in the product.

The new WirelinQ cable turns a limited USB jack found in many new cars into a port that can allow full audio streaming.

In many cars, “If the user connects the Android phone to the USB port, the music will not play at all, or will play but in a limited fashion (usually very buggy),” said GROM.

The Wirelinq includes a built-in chip with “a proprietary GROM algorithm” that allows a direct “handshake” between an Android phone and the car’s USB port, allowing full audio streaming from the phone without the need to download a special app.

However, if the consumer does download a GROM DashLinQ app, he will also get song title and artist information. He can also perform song browsing and view album art (where supported) via the car radio touch screen, stereo buttons and steering wheel controls.

GROM said selling direct to consumers with a DIY product represented a new market for the company so it turned to Kickstarter to get feedback from users.

The cable has a Kickstarter price of $34 and will be available in February.  After that, the price moves to $39.