Kenwood Rep of the Year Awards for 2015 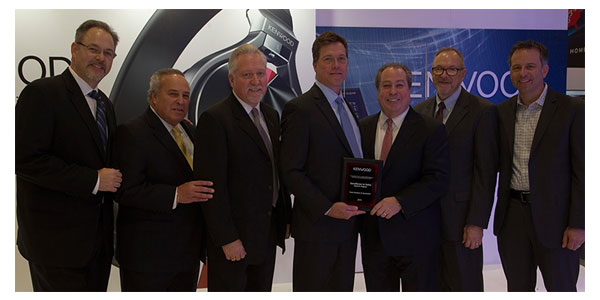 Kenwood recognized the top performers in manufacturer’s reps for 2015.

Excellence in Sales, Eastern Region, was awarded to Trent Partners and Associates. This was the third same award to the rep firm and the fourth overall.

Excellence in Sales, Midwestern Region went to Pinnacle Sales of Howell, Mich., while the Western Region honor was accepted by Oliver Marketing in Auburn, Wash.

For individual sales representative recognition, Sales Rep of the Year, Eastern Region was awarded to Bill Freeman, territory manager at M.A.G. Sales in Sunrise, Fla. Mike Barrett of Comprehensive Brands in Wheaton, Ill., won the award for the Midwestern Region. And Jeremy Foss, whose territory covers Arizona as well as California’s Riverside and San Diego counties for Cal-West Marketing, received the Sales Rep of the Year award for the Western Region.