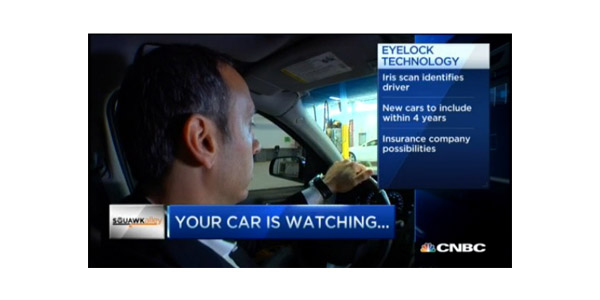 VOXX announced it has entered into a definitive agreement to purchase the assets of EyeLock, which make iris authentication software that may eventually be used as a car security function.

Under the deal, VOXX will have a controlling interest in EyeLock.

“There is no question that people will all be authenticated using biometrics in the near future,” said Pat Lavelle, President and CEO of VOXX.  “Market growth has been staggering and is expected to increase to over $20 billion within the next five years, according to various industry reports.  Cyber security threats and continued attacks are costing corporations billions of dollars. Moreover, with more sharing of information between networks and portable devices, there is a pressing need for more secure authentication… EyeLock is well positioned to benefit from these positive market conditions.”

He added, “In EyeLock, we believe they have the fastest, most secure and reliable biometric authentication solutions in the industry.”