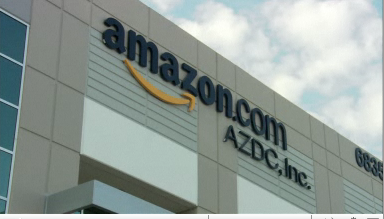 A new law that would require online sellers like Amazon to charge sales taxes, just as brick and mortar stores do passed through the Senate Monday and now goes onto the House.

Called the Marketplace Fairness Act, the bill should have a harder time passing the House, but may inevitably win favor as many states are looking for ways to raise cash.  The  bill would require online sellers to pay local sales taxes to the states, as long as the online seller grosses more than $1 million a year.

Crutchfield, which primarily sells online said the bill would impact its sales.  Carl Mathews, Senior Director of Mobile Merchandising said, “If passed, it will absolutely hurt the sales of any direct marketers who were not previously collecting sales taxes.”

Another leading online seller of consumer electronics  told us the bill would not hurt its revenues, but it would create accounting headaches in collecting and distributing sales taxes all over the country.

Brick and mortar car audio retailers said the bill would help level the playing field but only to a degree.

John Haynes of Southern CA-based chain Al and Ed’s Autosound said, “Overall, I’m very much in favor of it.  Even online retailers that sell at full MAP [Minimum Advertised Price]  have had a 7-10 percent advantage over the brick and mortar retailers.  After all, it’s the final out-of-pocket price that matters to the consumer.  With sales tax being added to the purchase price, it will level the playing field a bit.”

MERA President Chris Cook said, the bill should have a positive effect but added, “The core issue still remains: the Internet retailers practice of selling product well below brick and mortar pricing. That will only change when and if suppliers are willing to enforce their own policies equally across all retailers.”