Garmin Wants to be Tier One Car Audio Supplier

Garmin says it is on its way to becoming a Tier-One car infotainment supplier (not just GPS supplier) and it is rapidly opening auto OEM offices around the globe to be close to leading auto makers.

It announced Wednesday new automotive OEM offices in China, Germany and Japan; only a week after it unveiled a new OEM facility in Detroit.   The offices house automotive engineers, product developers and other staff.

“We….are well positioned to become a tier-one supplier to the automotive industry…We already provide integrated cockpits for pilots to the aviation industry, and we are dedicated to bringing a similar level of technology, integration, safety, reliability, and efficiency to the automotive market as a tier one supplier,” said a spokesman.

The company is capitalizing on its expertise in simple user interfaces  at a time when car makers (and law makers) are ultra- concerned about driver safety.

It hired a year ago Matt Munn, the former Senior VP of Global Sales & Marketing for Harman’s Automotive Div.  Munn was with Harman for 25 years and is now Managing Director of Garmin’s Automotive OEM Group.

Earlier this month, Garmin officially became a full car radio supplier (not just GPS supplier) when it announced a Garmin designed and built infotainment radio will be standard in the 2013 model year Suzuki.

IHS iSuppli said Garmin’s entry in automotive OEM is aggressive, but not disruptive. ” Garmin will be a strong competitor, but it will take time to get the credibility with major auto OEMs. Hence Suzuki is a good start,” said analyst Egil Juliussen.

As a GPS supplier, Garmin already has OEM agreements with car makers including BMW, Chrysler, Honda, Kenwood, Panasonic, Suzuki and Toyota, among others.  It said its navigation system in the  Dodge Charger was recognized as “Highest Customer Satisfaction With Factory Installed Navigation Systems” in the J.D. Power and Associates 2011 U.S. Navigation Usage and Satisfaction Study. 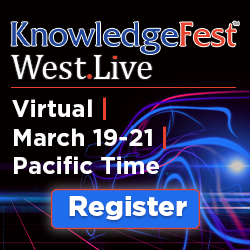