First CarPlay Radio for These Harleys from Precision Power

Precision Power will ship in November what it calls the first CarPlay/Android Auto radio for a pre-2014 Harley motorcycle.

The HDHU.9813RG deck for 1998-2013 Road Glide motorcycles is unusual because pre-2014 Harley motorcycles came with a single DIN radio with a small screen.  This made it difficult for replacement radios to include CarPlay/Android Auto as they require 7-inch screens.

Precision Power parent Epsilon said, “We figured out a way to widen the screen by using the shape of the fairing to be able to get a CarPlay and Android Auto 7-inch screen,” in the words of Ronnie Brashear, VP Sales. The radio design is patent pending.

The HDHU.9813RG  has a water resistant IPX5 rating. It uses a 3-tiered water proof rubber seal and a patent pending design.

It will be joined by the HDHU.14si for 2014+ Harley touring bikes.  It is a step up to an earlier “Motorcycle Audio by Precision Power” radio model. It also offers CarPlay and Android Auto as well as SiriusXM capability.  It displays engine performance data including tire pressure monitoring, battery voltage display and allows customizable dual function radio handlebar control programming. 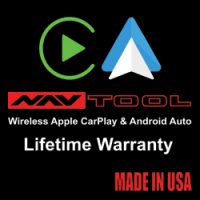 Both of the new radios have 2-Ohm stable internal high-power amplifiers and 4 Volt RCA pre-outs.

Both radios will ship in November with preorders starting August 1.

They will be on display at KnowledgeFest in Dallas at the end of August, booth #601.  For more information visit https://motorcycleaudio.com/