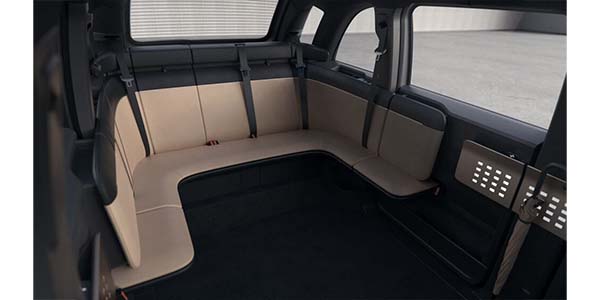 Apple is moving beyond working on an electric vehicle (EV) and is now aiming at producing a fully autonomous vehicle, with an unusually placed infotainment system, according to Bloomberg.

Apple is exploring an infotainment system where a large iPad-like touch screen is in the center of the car, with people seated around the sides of the vehicle on cushioned benches. The bench set up might resemble that used by EV startup Canoo (shown here), said Bloomberg. The car would be “heavily integrated with Apple’s existing services and devices,” Bloomberg said.

Apple aims to produce its first vehicle for 2025, said the report.