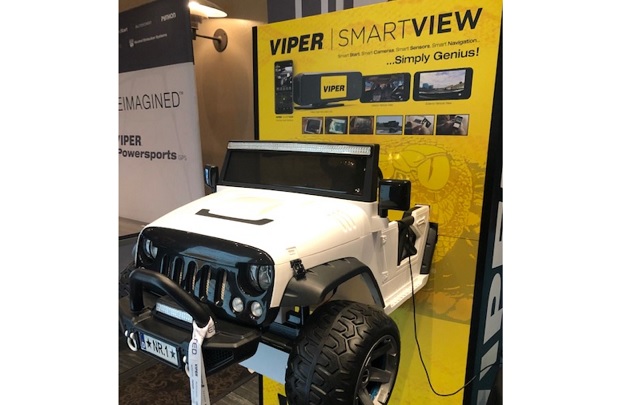 Directed is showing what it calls “the future of security”– live 4G surveillance of the car.

It will offer a new Viper SMARTVIEW dashcam that includes a 4G SmartStart built into the unit as well as two cameras. With the SMARTVIEW dashcam, users can view in and around the car in real time via their smartphone.

The SMARTVIEW has a front facing camera and rear facing 130-degree camera that shows the driver, and passengers, and the sides of the car so that you could see someone smashing a window.

Users can access recorded video of an event as well as a live view. They can also monitor live and past driver behavior with access to events such as aggressive acceleration/braking, speeding, or an accident.

The SMARTVIEW can be used as a standalone device or connected to a DS4 via Bluetooth.  When connected to a DS4, the user is notified of an impact or other event. He also gets control of the car via smartphone for remote start and remote door lock/unlock.

The dashcam can also double as a hotspot to connect a passenger’s device in the car.

The SMARTVIEW is expected to ship in May at $449.