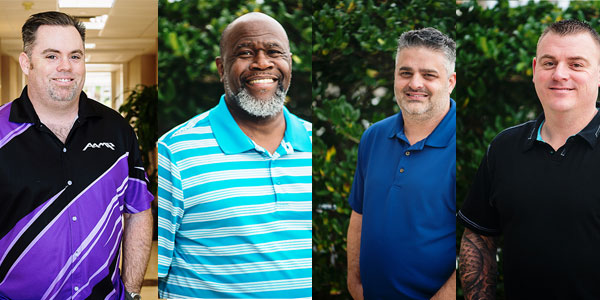 AAMP Global  announced  the first members of a new sales team that will complement its current independent rep network and regional sales managers.

The team will go out in the field to train and assist retailers, including providing demo cars, under a new program called Team Phantom.

The first sales managers for Team Phantom are named as Mike Eckley, Ricky Ross, Aric Westman, and Jason Denton, each assigned to a specific territory.

AAMP said the program is creating “leading class retailer support for our industry.”

Mike Eckley is the sales manager for Florida.  He joined the 12 volt industry 21 years ago and has been an award winning installer and fabricator, and has worked in training and development.  He also held posts as an owner operator and sales manager, and most recently worked for distributor DOW Electronics.

Ricky Ross is the sales manager for the southeast. He started his career as an  IASCA competitor (’89, 51-100 watt Champion), and has over 28 years of senior-level experience in the car audio / automotive aftermarket industry.  He was recently in charge of national sales for Scosche.

Aric Westman is the sales manager for the Pacific Northwest.  He has over 17 years of car and home audio experience, in a career that began at Magnolia Hi-Fi in Seattle in the 1990’s. He then worked for  Innovative Audio in Bellevue, installing in luxury and custom cars.  He has owned and operated  his own shop, Mobile Innovations, in Wenatchee, WA fir the past 9 years.

Jason Denton is the sales manager for the Mid Atlantic.  Denton joined AAMP in 2014.  He began his career working at retailers such as Circuit City, Tweeter, Sound Waves, and World Wide Stereo. He then became a manufacturer’s representative for brands including JL Audio and McIntosh, as well as AAMP of America.  His most recent experience was with the In Car Experts buying/marketing group where he worked with a wide variety of retailers, vendors, and rep firms.

AAMP will initially launch Team Phantom in four key regions, and plans to expand that team to forty in the near future.