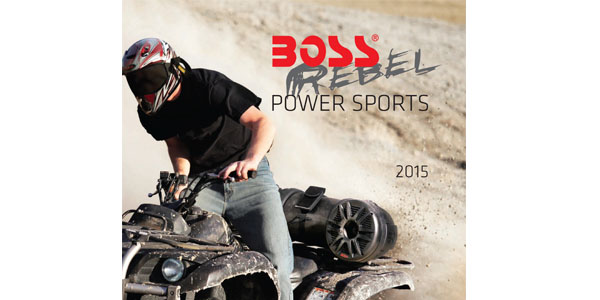 Boss Audio said it sold 100,000 units of power sports products and will build on the category with an expanded line at the upcoming CES show in January.

Under its Rebel line will be 4-source units including a 5-inch gauge radio with an iPX6 moisture rating and a single DIN CD-less radio with an IPX4 rating.

Joining these are a single DIN receiver with built-in speakers on the face of the radio and a single DIN marinized, CD-less radio.

New power sports amplifiers include a Bluetooth amp with audio streaming. The 4-channel all-terrain amp requires no head unit to playback music.  It is fully marinized against the elements with 1,000 watts of power.   Also new is an 800 watt 2-channel amp and two mini amps: a 100 watt 2-channel and 200 watt mono-block model.

In addition, nine new motorcycle audio systems will be introduced including models in 2- and 4-speaker systems with and without Bluetooth, offered in chrome and black.

Rounding out the line is a selection of accessories and portable Bluetooth speakers.

The products will be on display at CES January 6-9 at the Las Vegas Convention Center, Central Hall, booth #11528.