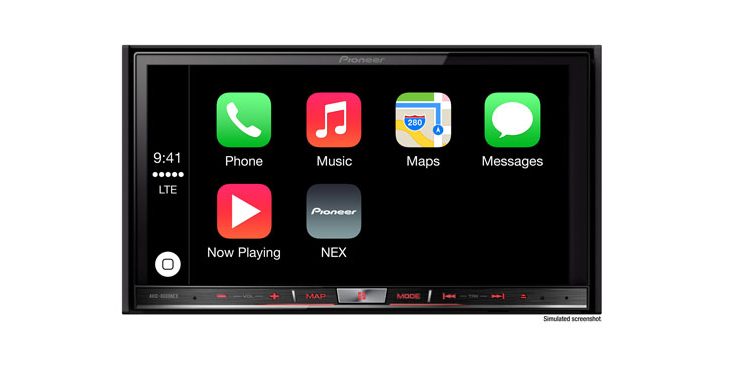 Downloads of new firmware that makes Apple’s CarPlay compatible with some Pioneer radios numbered in the tens of thousands during the first few days of release. Pioneer now estimates more than half of the owners of its radios that work with CarPlay have downloaded or attempted to download the firmware.

Traffic on Pioneer’s web site was so heavy in the first few hours of launch that it crashed Pioneer’s servers. So downloads were hampered by slow speeds until 24 hours later. The CarPlay firmware became available on midnight (morning) of October 2.

Pioneer’s Ted Cardenas said it is impossible to precisely count the downloads as many were from third party servers.   One consumer has already set up a torrent for the firmware. But based on the thousands of downloads on its servers and the heavy traffic he personally believes that more than half of compatible radio owners have attempted to download CarPlay.

Demand “was far beyond expectations,” and Pioneer is very happy with the results, he said. “Overall reaction implementation of Apple CarPlay has been very positive. Consumers seem very happy.”

Some dealers were quick to publicize the new CarPlay feature, which is  the first aftermarket availability of Apple’s new OS for the car.

Audition Audio, GA had CarPlay running on all of its display boards within 24 hours.  As of Friday, a day after release, two customers had already come into the shop for a new Pioneer radio in order to get CarPlay, said the shop’s Ben Vollmer.

CarPlay instantly launches when the user connects an iPhone to the radio. It displays a familiar Apple interface on the radio screen for accessing maps, music, messages and iTunes Radio plus apps like Spotify and iHeartRadio. The icons are super large, and users can access most features by voice including the ability to respond to texts and have texts read aloud.

Vollmer  published a quick review video of CarPlay above.

He said, “I think it’s awesome. It’s what everyone has been asking for.” He added, “CarPlay is the full solution for what a consumer wants and expects with a smartphone working with a radio in the car.”

The only downside noticed by retailers including Chris McNulty of Driven Mobile Electronics, VA and Vollmer is that Siri’s voice is on the loud side and there doesn’t seem to be a volume control for it yet.