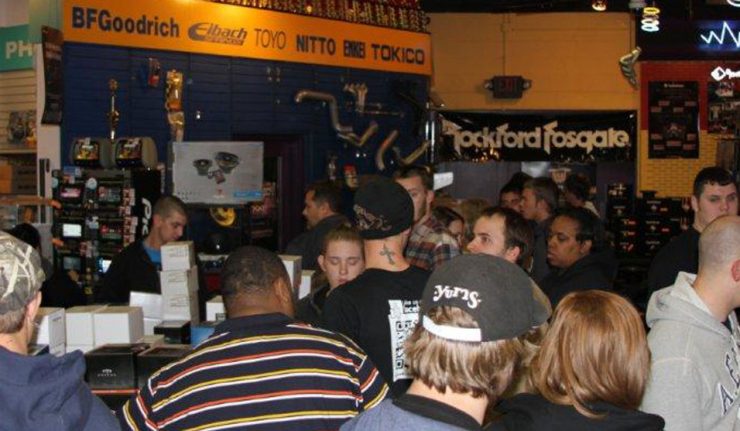 Once again retailers in the Mobile Electronics Specialists of America (MESA) buying group reported solid Black Friday weekend results. However, retailers around the country say consumers are still tight on the purse strings.

According to MESA, the majority of its members saw year over year increases in store traffic, sales and profitability over the weekend. Members attributed much of their success to “being partnered with the right vendors and getting in the Black Friday game with newspaper and TV advertising…”

Depot Auto Sound & Security of White Plains, NY, said traffic is improving and the phone is ringing again, but consumer aren’t quite buying yet. “They are inquiring and asking questions but they are not pulling the trigger,” said president Harry Lichtman.

Samm Sound of West Caldwell, NJ  said the economy is also still a challenge. I’m giving someone a price for a system at $250 and he’s saying I can’t do it right now.  A few years ago those sales you would close right then and there,” said owner Al Dimeo. “So I think money is still tight for people…[even though] the media is saying consumer confidence is up.”

Some retailers also deliberately cut back on advertising believing that consumers are jittery.   Others said they saw a small increase in web sales this year, as more consumers are shopping on line during the holidays.

Sound Sensations of Marietta, GA cut back on advertising “because of the election and the general economy,” said president Mark Vickers.   He spent about 20 percent less on advertising.  But while his sales dropped 11 percent from last Black Friday, his profits were up 2 percent.

Tint World said generally its sales are up over last Black Friday.  It ran the flier above with specials on Sony, Scosche and other brands.

Audio Logic Hollywood, FL said sales were up 10 to 11 percent without advertising. Owner Mike Dixon said, “We didn’t have any outside advertised specials and we weren’t doing email blast for crazy Black Friday specials,” Sales were better than last year however.  He ran in-store specials on 3 different subwoofer packages, and relied on his 30 year reputation.   The store was still packed.”

ABT, Glenview, IL said car audio sales were up slightly.  There was a cold snap around the weekend, so remote start sales saw a big spike.

Mehdi Narimanian. president of Sound of Tri-State, Claymont, DE, said store traffic was the same but average tickets sales were up.  Also, the store’s web site saw an unexpected spike in traffic and sales.   The 3-store chain really pushed email blasts, to the point it received a few email responses  from consumers asking it to stop.  “We bombarded people with email blasts,” said Narimanian.  But next year he might tone it down a bit.  The store also runs a one page print ad pushing remote start and Bluetooth.  “We do it only once a year, but it works this time of year,” he said.

Joe Cassity operations director of Alarms, Etc., Lakeland, FL promoted “like crazy” on Facebook with special offers and increased its fan count by about 20 percent in only 4 days.  The store held many Groupon offers (but put limits on the quantities to keep profits up).  It also holds a free pizza lunch during the weekend.  Dominos brings trailers and tents on location, and it helps bring in traffic (Alarms, Etc pays $5 per pizza).

Al & Ed’s also did a lot of Facebook marketing and email blasts and said sales were “strong.”