The Aftermarket Responds to Autoblog

A recent article in Autoblog by a well-known automotive writer, Doug Newcomb, said it’s more cost effective to stick with your stock OEM audio system than invest in an aftermarket system.  It referred to the aftermarket as “all but obsolete” in a sub headline.

You can read the whole story here, but below is a quick excerpt which should drive home the point:

“I did a comparison of the average costs for OEM electronics vs. similar offerings from the aftermarket, and back then automakers’ stock premium systems were by far the best bargain — and are probably an even better value now.

The premium 14-speaker, 1,200-watt JBL system in the all-new 2019 Toyota Avalon is a prime example of this trend. It’s standard on the top two Limited and Touring trims and is available as a $680 audio upgrade on the XLE and XSE.

I doubt you can even buy 14 speakers and 1,200 watts of amplification from the aftermarket for 700 bucks, much less have it all installed. And because the system is bundled with Toyota’s Entune infotainment system, Apple CarPlay and a surround-view camera, removing the head unit means you would likely lose these features.”

The article goes on to say that the Toyota JBL system is not super fabulous, but it’s a good buy for the money.

Our take: the aftermarket has become a collection of niche markets but it’s far from obsolete.  We agree that for many people, the audio in new cars is good enough.  But home audio receivers at $499 and below are also good enough, yet, 22 percent of the receiver market is in models at $500 above.  It’s less convenient to cut into the car, but the point is, some people want better audio.

Additionally, the aftermarket has expanded into items like backup cameras, blind spot detectors and other products that almost every consumer wants and that many cars on the road do not yet have.

We asked two industry members, Ken Ward of Educar and Andy Wehmeyer of Audiofro,g to respond to the Autoblog story. And we also asked the author of the article to clarify some of his assertions.

Really, all three conclude that the OEM and aftermarket are simply two different animals. 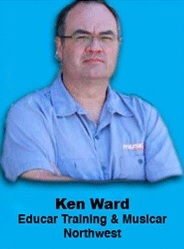 Ken Ward’s former shop Musicar NW actually worked on one of Newcomb’s car in the past.   Here’s part of what Ward had to say:

“…Doug was a bit, shall we say, irrationally exuberant in his praise for Harman systems, and while that probably makes sense for him and where he’s at right now, it does readers a disservice.

Doug does point out several deficiencies in the system he auditioned – but what he doesn’t mention is that those deficiencies are structural, and really can’t be addressed with the tone controls provided by Harman and Toyota. If the multichannel system isn’t placing the center notes in the center, you’re out of luck – there’s no way to change that pre-determined result. That bright treble may not bother some Toyota buyers, but it would drive me – and many of my clients over the years – absolutely bonkers. Finally, while that system might play the acoustic bass notes in the tracks Doug used to test bass response, many genres popular today use electronic bass notes which exceed most factory systems’ capabilities.

It’s apparent that Doug hasn’t kept up with the aftermarket’s ability to retain stock head units, such as the Toyota Entune in-dash receiver, while upgrading the sound with more powerful, lower-distortion amplifiers and higher-fidelity, more accurate speakers. When he says things like “removing the head unit means you would likely lose these features”, he may scare consumers into thinking that replacing the head unit is what we in the aftermarket would plan on doing. (In fairness, our specialty suppliers are pretty good at retaining many of these features, but the trend in audio upgrades is certainly towards retaining the factory in-dash receiver).

I just installed and tuned an aftermarket system in a 2018 Toyota Tacoma TRD Off-road last week. It had smooth and warm treble, extended and punchy bass, and a true center image – all with the Entune receiver (and all its features) retained. It was invisible and looked 100% factory. It cost more than $680 – but it was worth more, too. I only wish I had had a chance to play it for Doug.”

Wehmeyer said that OEMs are constrained by different factors than the aftermarket. Audio engineers must work with other engineers managing the car’s weight or electrical system and they have to meet environment testing specs and reliability tests.

“Of course, no testing standard is completely foolproof, but amps for OE application are sometimes subjected to being submerged in water, for example. This depends on the mounting location in the car—and this is why we don’t often see OE amplifiers mounted under seats anymore.

In the aftermarket, we build boxes and panels out of medium density fiberboard. We add amplifiers that draw more current than the alternator can produce. We cut holes, we add hundreds of pounds of damping material and the systems we build sometimes cost a hundred times what an OE system costs.

We do what we do. They do what they do. Those two are not the same.” 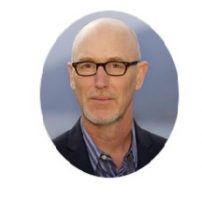 Newcomb explained that he attended a Toyota event in Detroit.  “They went into a deep dive on how the system [by Harman] was developed. I was impressed with the amount of thought, money and development” that went into the system.

“I was super impressed with the amount of engineering that went into the system. It’s not the best system, but it’s what most people would be satisfied with. I test almost 50 cars a year. I now check out navigation systems, apps, ADAS, and then ‘by the way it has a good audio system’ as most cars have a decent to really good sound system to the point where it doesn’t make sense for mainstream consumers, or the average person, to go spend money in the aftermarket.  The system is 1200 watts with 14 speakers; it’s standard on the top two trims and a $700 option on the bottom two trim levels.

The numbers of what’s going on in the aftermarket speaks for itself; it’s in decline.  That being said, there’s always going to be people who aren’t satisfied with the audio in the car or the stock wheels or stock engine or styling… But the aftermarket has gotten smaller and smaller over the years….Twenty or thirty years ago that was not the case.  You would go buy a new car and the sound was not very good; it was crappy. I would go and install my own stuff.”