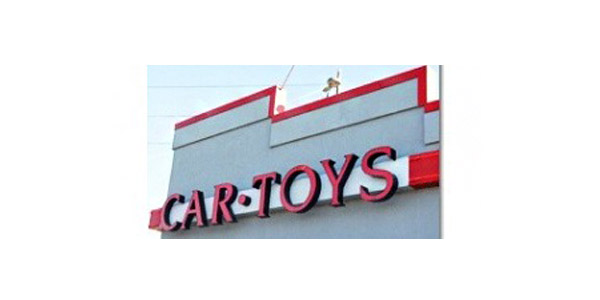 Car Toys, the 50 store chain based in Seattle, said its car audio sales surged in June and July.

Helping to boost sales is a new law in Washington State that forbids holding a cellphone while driving. “The law has been raising awareness of safe driving, which has had a nice impact on our stores,” said Warren.

Under the new state law, drivers can’t touch a phone other than to turn it on.  “You can hold your phone to turn it on and that’s it. After that it has to be mounted,” Warren said, adding, he believes that law is generating awareness for handheld solutions such as CarPlay, Android Auto, Bluetooth and physical cellphone mounts.

“We’re seeing increases in almost all areas [including car radios, amplifiers, speakers and phone mounts].  We are partnering with various state agencies, web site awareness, and providing some mentions in advertising.  We’re pleased in that the State of Texas is also putting new, more aggressive laws, into place as of September first.”

Texting while driving was so rampant that Washington State took action to to strengthen its laws. “They found that the prior law, where you couldn’t talk except to use a hands free device, wasn’t producing the level of safety they wanted,” said Warren. He expects new laws going into effect in Texas and Colorado will also help Car Toys stores in those states.

Texas is about to pass its first statewide anti-texting law September 1st (until recently, all attempts at passage were eventually vetoed by the Governor).  The law prohibits texting and driving with a fine of $25-99 for first-time offenders, and $100-200 for repeat offenders (though no points will be assigned). And if you cause an accident by texting and driving that injures another you can be jailed for up to a year and fined up to $4,000.

Colorado’s new law takes effect in the fourth quarter.  It increases the fine for irresponsible texting  in a “careless or imprudent manner” to $300 from $50 previously and now assigns 4 points to your license, up from 1 point.  But it legalizes ‘prudent’ texting while driving, yes you read that right. The issue of prudent vs careless texting is causing a bit of stir.  But again, it raises consumer awareness.  See the Denver Post here.

You can see an interactive map of the cellphone laws in each state here.