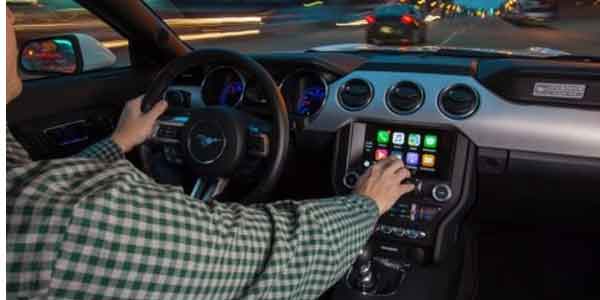 Ford just announced that ALL of its 2017 cars and trucks and electric vehicles will offer CarPlay and Android Auto.

For the aftermarket, as is typical, Ford’s roll out means more advertising and awareness of CarPlay and Android Auto, which could boost aftermarket sales.  But it might also lead to a reduction in aftermarket sales further in down the line.

Earlier this year, Ford said only 2017 models with Sync 3 would get CarPlay and Android Auto.  But now it is rolling out Sync 3 to all cars, so by extension, all get the new Apple and Google interfaces.

The advantage to Ford is that Sync 3 also allows quick over-the-air updates to the car via WiFi.

Analyst Jeffrey Hannah of SBD said, “Ford is not taking the traditional approach of introducing Apple CarPlay and Google Android Auto on a few piecemeal models or as an expensive option on luxury vehicles only. The guesswork for consumers is over – if you buy any 2017 Ford vehicle with SYNC 3, you drive off the lot with both of these innovative technologies ready to go.”

In addition to CarPlay and Android Auto, Sync 3 also improves voice recognition, which was prone to glitches on earlier Sync versions.

Users also get access to apps including Spotify, Pandora, Ford PASS, AccuWeather and AAA member services have been added through SYNC AppLink.